PJ Masks is now in its second season and remains one of the most enjoyable children series on TV. It’s a mix of fantasy with things that truly make kids happy. Superheroes, villains, and other special characters are part of the episodes that children enjoy with this series. In the episode about Jayden Houston, the adventure is so great that makes kids be glued to TV from the beginning until the end of the episode.

Because of Amaya and Greg’s opinions, it is known that Jayden Houston is a very popular singer. Although Greg says that he is his favorite singer, all of them get really excited when they talk about this famous artist. Despite not having any physical appearance in PJ Masks, he is named sometimes by the kids when they are talking about their favorite artists or superheroes.

He hasn’t appeared on a concert stage in any of the episodes, but everybody knows how he looks like through posters. He is tall, slim, and dark complexion. He has short brown hair, but his high fade with hard part and quiff hairstyle makes him stand out, and get noticed.

Each of the PJ Masks has a different superhero that they look up to. Connor is Master Fang’s fan, Greg is Kick McGee’s fan, and Amaya definitely loves Flossy Flash, but all of them think that Jayden Houston is great. 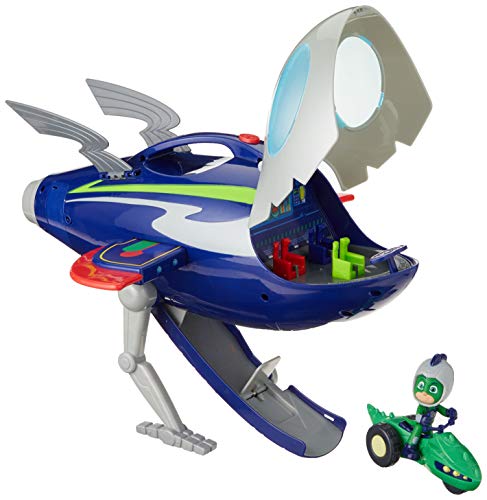 SEE PRICE IN AMAZON (WITH 2% DISCOUNT)

All the town has big expectations for his coming concert. Connor, Amaya, and Greg want to go. In “Catboy’s Tricky Ticket”, they want to go to his concert so much, but there’s a problem. All the concert is sold out! Connor’s mom bought a ticket for him and gave him an extra ticket for one of his friends. He doesn’t know what to do because he doesn’t have one best friend, but two.

Jayden Houston’s assistant hears them talking about their problem with the tickets, and tell them that unfortunately the concert is canceled. Somebody stole Jayden’s golden microphone. Eccentricity or not, this singer doesn’t sing in front of an audience without it.
The PJ Masks go into the night and find out that Luna Girl with her terrible rhythm is singing using the golden microphone. After some fighting, they take it away from her and save the concert. Although the assistant doesn’t know they are the superheroes, he gives them a ticket, so all of them can enjoy the concert.

Meet The Charactes of the series